While in my third year at Champlain College I wanted to get more experience working with vehicles. I wasn't confident working with curved surfaces and wanted to challenge myself with a project that has almost entirely curved surfaces. I joined the Squad MOD France (SMF) group who were making game levels, vehicles, weapons, and more for the newly released title "Squad" by OffWorld Industries. I asked the group what vehicles they wanted to be created for their new level. A helicopter was high on their list and exactly the kind of project to work on and learn. I spent my free time between my course work, researching and 3d modeling the SA-332 Super Puma. My work in progress got featured in OffWorld Industries (OWI) weekly Wrench blog post which features projects being worked on in the community. The SMF group also would publish the progress on their blog post as well.

As my class load increased I no longer had time to commit to the project so I handed over the high poly model as well as the progress on the low-poly body and interior and gave creative permission. I left the project due to conflicts with a few of the members and prioritizing my education. I have since learned that they used my model and modified it to be an older SA-330 which was completed by another artist. 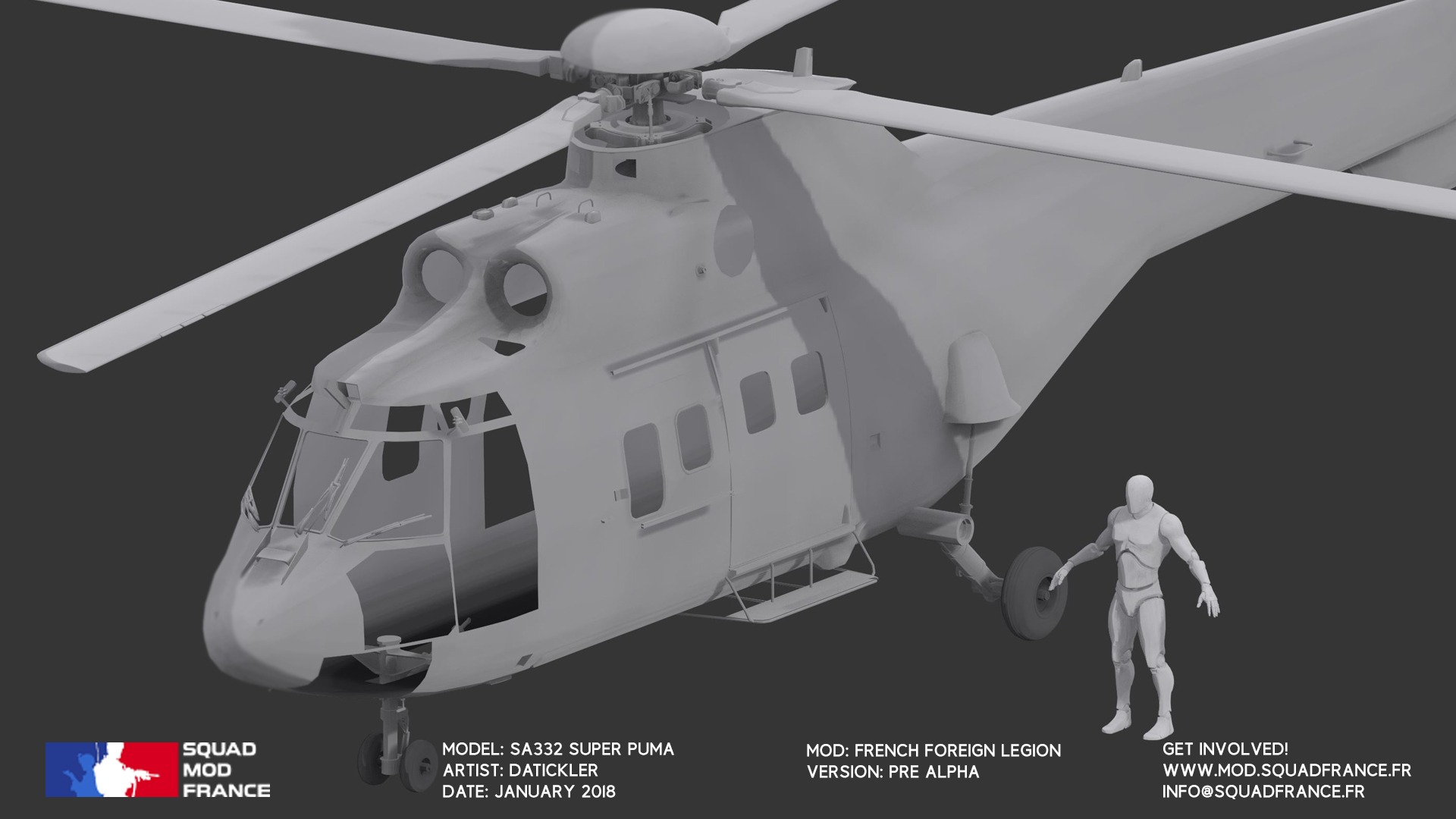 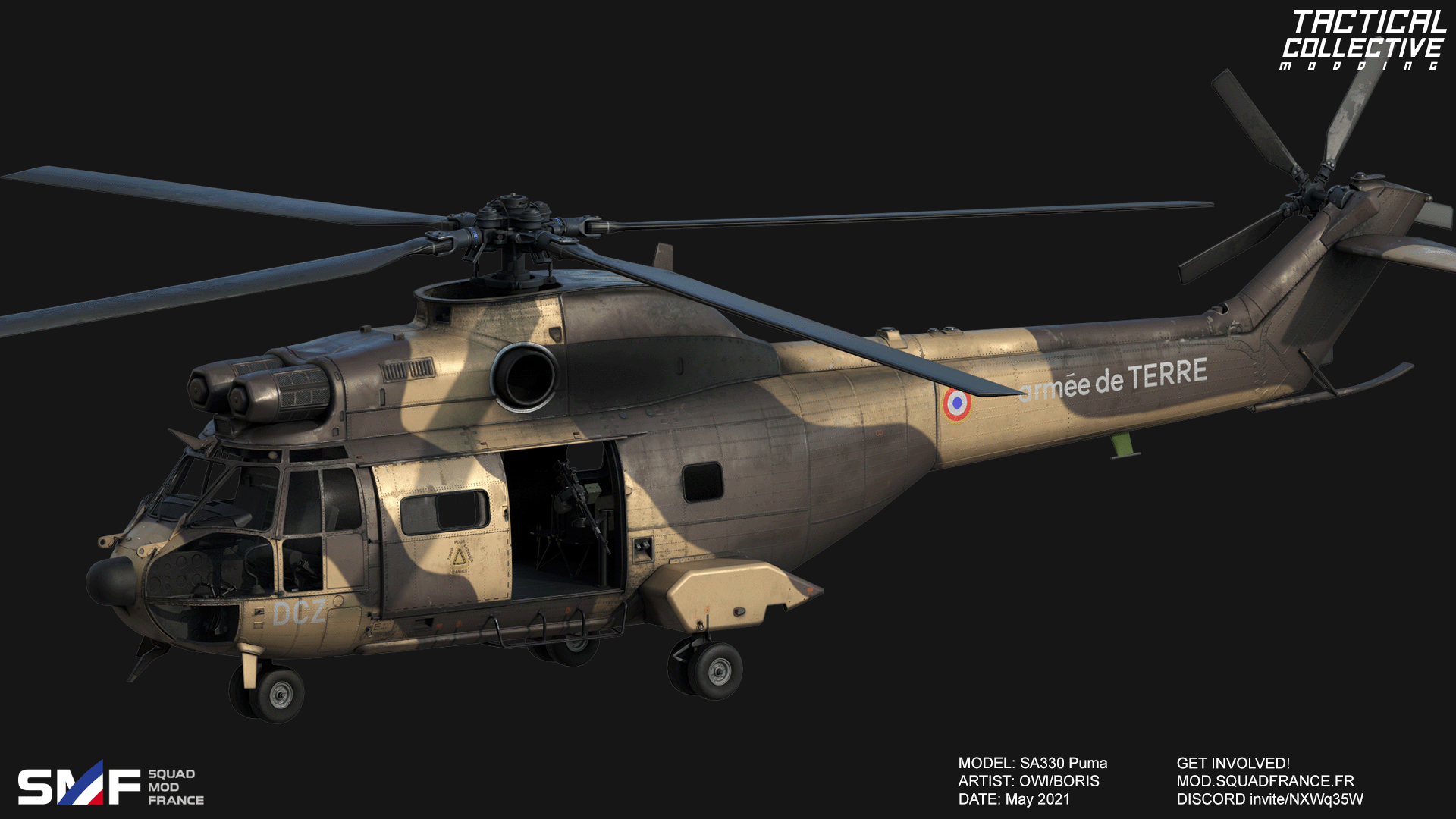